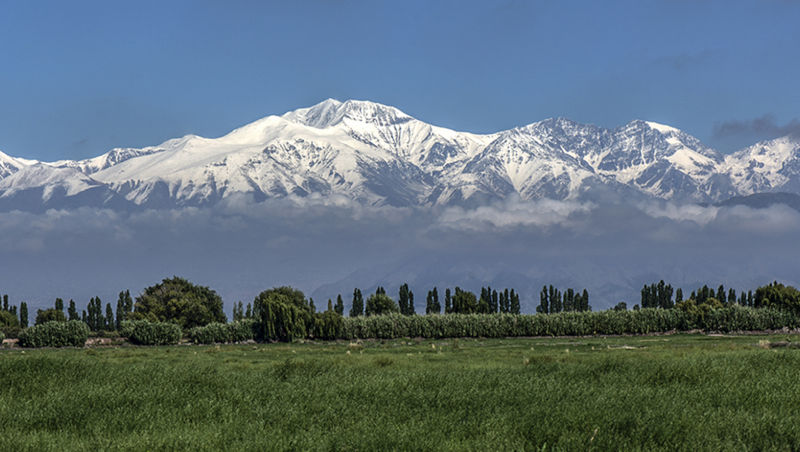 Six SSR loci, previously developed for grapevine, were analyzed to evaluate the genetic variability and cultivar relatedness in a collection of 25 autochthonous Vitis vinifera varieties from Peru´ and Argentina. The number of alleles per locus ranged from 6 to 13, while the number of microsatellites genotypes varied between 9 and 16. The xpected
heterozygosity varied between 0.71 and 0.89 and the polymorphism information content ranged from 0.70 to 0.88 indicating that the SSRs were highly informative. It was possible to identify 76 different genotypes, with all accessions showing-at least one-specific combination of alleles. Triallelic loci were observed with some SSR. Sequence analysis revealed that variation in the number of repeats and insertion/deletions (InDels) accounted for the polymorphisms observed. Clustering analysis resulted in four separate groups of varieties sharing at least 75% of the markers. A few cases of synonymies were found within the Peruvian accessions. Varieties were clustered following a general pattern of shared morphological and enological traits, rather than geographical origin.